"Personal service to our clients stands for our permanent goal, which strengthens clearness in our professional development and consolidates a both committed and close relationship with them and their interests."

In 1972, Enrique Horacio Gené and Joaquín Pedro da Rocha, who had set the grounds of a close friendship during their professional development, decided to jointly set up for the creation of the current "da Rocha, Gené & Munrabá Law Firm". Later on, and cooperating with its development and consolidation, Gustavo Enrique Gené and Raúl Carlos Munrabá joined the firm as partners in 1974 and 1988 respectively. Each of its current members has contributed with his different approaches and knowledge coined thanks to their free development of their careers, their university teaching background, their relevant private and public posts development as well as their judicial activities.

Such valuable experiences laid the foundations of a law firm featured by its outstanding quality, efficiency and professional seriousness, just as their founders had envisioned, thus integrating young devoted and outstanding lawyers whose personal qualities, skills and commitment enabled the firm to widen its "Da Rocha, Gene, Munrabá" grants a legal assistance service to a very important portfolio, made up by service, industrial, commercial companies, as well as top level provincial and national cattle – agricultural businesses and small and medium companies, National Government and Provincial Agencies, banking entities, individuals and last but not least important foreign clients and companies.

Personal service to our clients stands for our permanent goal, which strengthens clearness in our professional development and consolidates a both committed and close relationship with them and their interests. "Da Rocha, Gene, Munraba" offers its services by using the latest technological and building infrastructure. It relies on the latest IT breakthroughs which happen to be necessary for an efficient professional development and is subscribed to legal-juridical databases that serve as consulting sources for the currently required integral advisory services.

Since its early stages, "Da Rocha, Gene, Munraba" has devoted itself to providing legal advisory and protection in Criminal Law, thus turning it into a key factor within the internal structure of the firm. Such key factors are as follows:

"Da Rocha, Gene, Munraba" offers juridical assistance in widest range of partnership conflicts, which includes advisory itself, and sustaining and continuation of judicial actions.The following are some of the most important aspects:

Legal Assistance to clients regarding the juridical set-up of businesses and agreements to be executed, by supporting them from the beginning of their business relationship with third parties, with the purpose of granting the greatest security in the execution of covenants, thus ensuring the protection of their interests and needs. Procedure and judicial complains prosecution regarding any breach, or damages stemming from such business relationships.

"Da Rocha, Gene, Munraba"’s Portfolio is made up by companies, as well as individuals interested in conflicts with service providers. Therefore, it is of the utmost importance to rely on an integral knowledge of the regulatory framework regarding competition defense and consumer’s rights. Such legal assistance includes among other issues, the following:

A complete juridical assistance is developed based on different civil liability hypothesis within the modern damages law which includes medical or professional bad praxis, liabilities stemming from automobile accidents, honor, intimacy and image damages, among others.

During the last years, as a result of the growing environmental importance in human and communitarian life, and together with Environmental Law development, "Da Rocha, Gene, Munraba" launched juridical advisory services on such matter.

Additionally, he has served as juridical advisor in public entities, as the Honorable Senado de la Nación (Honorable National Senate), and rendered services as Director of the National Criminal Procedural Reform Project.

He leaded the Criminal Law Institute of the bar association of Capital Federal, he renders services as Secretary General of the Argentine Section of the International Criminal Law Association and as president of FUNDEJUS.

Between 2003-2006 he joined the National Judiciary Council as representative of the National Executive Power.

During 2010 he served as Attorney of the National Treasury.

Today, in addition to professional practice, chairs the Institute of Criminal Law of the Buenos Aires Bar Association, he is the General Secretary of the Argentine Section of the International Association of Criminal Law, and President of the Foundation for the Study of Justice -FUNDEJUS-. 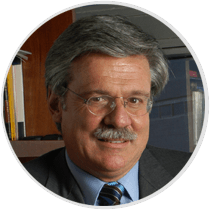 He served as appointed expert by the Commission National Assessment and Accreditation (CONEAU), under the Ministry of National Education, and has also served as Head of the Jury Selection Committee of Judges.

He was appointed by the Ministry of Foreign Affairs and International of Argentina as the Department Legal Adviser on Money Laundering and as coordinator of the Argentine-Spanish Working Group to regularize the immigration status of Argentine residents abroad.

He has served as Special Assistant Professor Criminal Law I at the University of Salvador, and as Professor in the Banking and Finance Program at the Austral University.

In turn, he has participated as a guest speaker in various undergraduate and graduate courses at the University of Buenos Aires. He has written numerous articles and contributions in specialized legal publications. 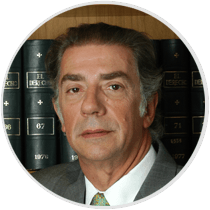 By the end of 1987, he concluded his services at such functions and joined the Law firm as a partner, taking over the Criminal Law department.

In the academic field, he was Criminal Law 1 Professor at Universidad Católica de La Plata.

All along his professional development in his specific activity, he has served as advisor lawyer in criminal law matters for several companies and financial entities, being specialized in environmental and tax criminal law. Likewise, he has rendered services as juridical advisor of the Industrial Secretary of National Economy and Production Ministry as well as the National Health and Environmental Ministry. 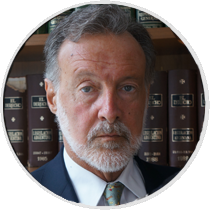 Lawyer, Universidad Nacional de Rosario, 1978. Specialist in Informatics applied to Law. Mr. Bielsa obtained a scholarship from the Phillip Jessup International Law Moot Court Competition, Washington DC and from the Intergovernmental Bureau of Informatics, Rome. Fellow visitor at the Instituto per la Documentazione Giuridica, Florence. Associate expert of the Corte Suprema di Cassazione of Rome. General Director of Studies and Projects of the General Secretariat of the Presidency of Argentina. Project Director of the Ministry of Justice. Coordinator of the Center for Constitutional and Political Studies of the Ministry of Justice. Undersecretary of Legislative Matters of Argentina. Consultant at the Regional Counsel of Informatics Education, Madrid. Advisor for Latin-American governments. External auditor of the Program of Financial Reorganization and Economic Development of the Argentinean Provinces. UN Expert on Institutional Strengthening of the Justice Department and UNDP Expert on Social Projects Evaluation. Member of the Scientific Council of Informatica e Diritto, Instituto per la Documentazione Giuridica, Italy. Academic Director of the Center for Judicial Studies of the Republic of Argentina (CEJURA). Author of fifteen books and hundreds of papers on topics of his incumbency; lecturer in many events and conferences. IUS Foundation Prize, 1992; Fundejus Prize 1992/ 1993. Technical coordinator of the work on the Convencion Nacional Constituyente of 1994. Director of the Institute of Investigations of FUNDEJUS. Chief of the Argentine Government Accountability Office 1999-2001. Minister of Foreign Affairs, International Trade and Cult 2003-2005. National deputy on behalf of the City of Buenos Aires 2005-2007. Partner Bielsa-Rossini Law Firm, Rosario, as from 2008.

Born in January 1964, in Buenos Aires City, and graduated as Lawyer and Prosecuting Attorney in 1987 at Universidad de Buenos Aires, and receiving Dr. Tedín Uriburu Award.

She served a professor at the above mentioned University, in the following assignments: Philosophy of Law, General Theory of Law, Human Rights and Constitutional Guarantees, and Legitimacy and Effectiveness of Law.

She worked free lance, rendering advisory services in big companies, until she joined da Rocha Gené & Munrabá Law Firm, where became a crew member in the civil and commercial law area, thus cooperating with its development and consolidation.

She attended several graduate and upgrading courses in her specialization, and was named among the most outstanding lawyers in Argentina by her colleagues’ vote. 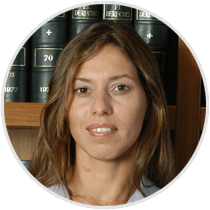 Born in September 1971, in Neuquén City, Neuquén Province, and holds a degree in law from University of Buenos Aires, 1997.

She joined the Law Firm in 1998, rendering advisory services to clients and companies in affairs concerning civil, commercial and environmental law.

The professional tasks she carries out include operations structuring, acquisition of companies, commercial agreements as well as construction and real state development businesses contracts, Family Law, energy and civil liability, among others.

She was a faculty member of Civil Law Assignment at University of Buenos Aires; and served as professor assistant in Medical Liability and Personal Rights and Analyzed Constitutional Law.

Before joining our Law Firm, she served as a trainee at the National Justice Civil Courts in the Federal Capital and was a member of highly prestigious law firms. 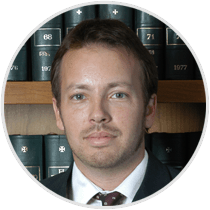 Born in 1970, in Buenos Aires City, and got his Law degree with specialization in Criminal Law at Universidad de Buenos Aires in 2002.

He joined the Law Firm in 1992, being in charge of criminal affairs procedures as well as juridical advisory for several companies and clients in his specialization field. He rendered services as outsourcing juridical consultant for Banco de la Provincia de Buenos Aires and as advisor for Educar Sociedad del Estado.

He carried out several juridical translations into Spanish of doctrinal articles of Italian Constitutional Law, which were published in specialized books and magazines.

He earned his Master of Criminal Law at the University of Palermo. 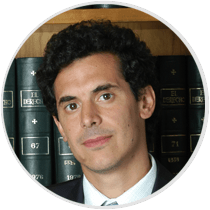 Born in September 1972, in La Plata City, Buenos Aires Province, and got his Law degree with honors from Universidad de Buenos Aires in 1998.

He is the Chief of Practical Works in Civil and Commercial Contracts, at Universidad de Buenos Aires Law School, and has attended several teachers training and technical professional development courses. Likewise, he was a faculty member of Constitutional Law Assignment at the already mentioned university.

He renders outsourcing services to Commercial Law and Liabilities Magazine, and Argentine Jurisprudence Magazine, which belong to Lexisnexis Argentina Editorial.

He has published several doctrinal articles in various specialized juridical magazines, regarding contractual and partnership matters.

He joined the Law Firm in 2002, being in charge of litigious procedures and regular civil, commercial and administrative advisory services to companies and clients of the Law Firm. 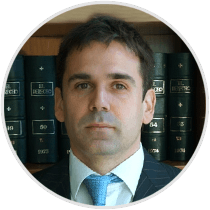 He is a member of the Buenos Aires Bar Association since 2002.

Corporate Law Professor at the University of Buenos Aires -Sociedades Civiles y Comerciales- between 2002 and 2007. He has participated as a speaker at conferences of Commercial and Corporate law.

He completed the postgraduate course in Oil & Gas at the University of Buenos Aires in 2008.

He has a wide expertise in corporate advice on civil and commercial matters, and has participated in complex corporate and shareholders disputes. He acts as legal advisor for local and international energy companies in contractual and regulatory issues. 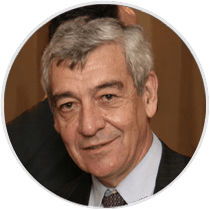 Born in December 1945 in the city of Rosario, Argentina. Degree in Sociology at “Universidad del Salvador” (1970).

Currently Director of the "Center for Global Affairs" at the National University of Cuyo, Member of the Board of the "Argentine Council for International Relations" (CARI), Chairman of the International Advisory Board of the "Center for Implementation of Public Policies Promoting Equity and Growth" (CIPPEC) and Member of the "Inter - American Dialogue".

Project Director of "Desarrollo Socioeconómico Argentino" (Argentine Government-BID) and International Advisor of the Minister of Economics from 2002 to 2003.

Special Advisor to the General Secretary of the Organization of American States (OAS) 2008-2011. OAS Political Director - UNDP Project "Democracy in America " (2008-2010). Chief of the Electoral Observation Mission of the OAS in the Dominican Republic Presidential Election (2008), Panama (2009) and Guatemala (2011).

Professor of Political Sociology at the National University of Cuyo (1973-1976 and 1983-1995). Visiting Professor at Georgetown University, Washington DC and Fellow at the " Woodrow Wilson Center", Washington DC (1992).

He has taught and lectured at over 30 universities and centers of Latin American Studies, USA, Spain, Italy, France, Great Britain, Russia, China, Singapore and South Africa.

Consultant to the Inter-American Development Bank, World Bank and Development Program of the United Nations.

He is the author of numerous books and articles.